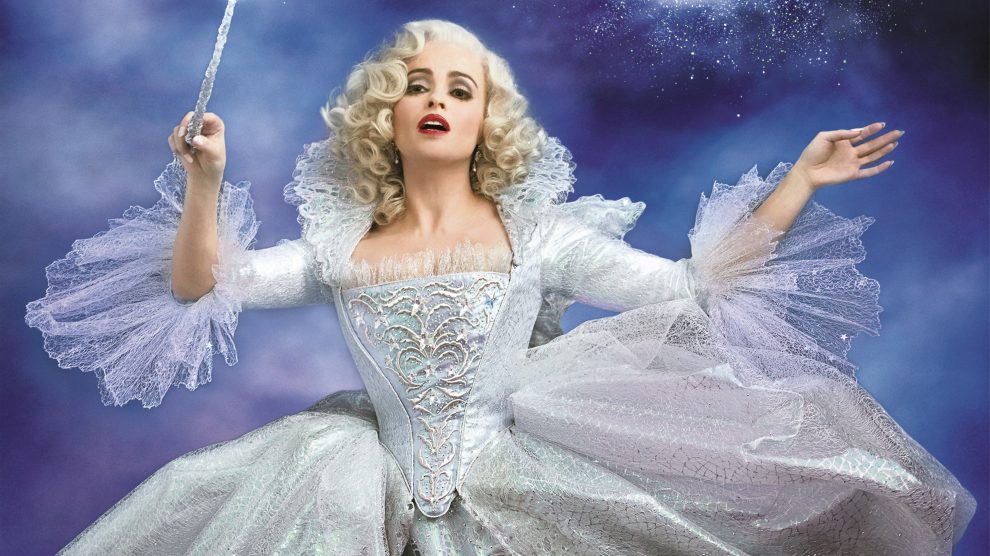 In a far-far city, hidden from people’s eye, live good fairies. They come to us with their magic wand every day. They put sweets under children’s pillows and help to take lost teeth away. But also fairies make all dearest wishes come true, send pancakes into mom’s dreams so she would fry them at weekends. They help dads to find a good job and to have money for good toys. They switch off kitchen tabs to prevent them from leaking and put water into parrot’s bowl if the bird is thirsty. But fairies visit not everyone, their magic wand shines when children are doing good things. Fairies can catch up this love, shine and goodness in the air and return it back to children. Parents often think that their children behave badly when fairy believes that the kid is good and deserves his wish comes true. The fairy story will tell us about fairy Marie and her meeting with a cat called Bradley.

Marie came to Nik to fulfill his wish but the boy was in school, fairy started observing his room. The room was a mess, all the things were not at their places, Marie even heard how mom screamed when she saw it. Mom was vey upset as she had been cleaning the room before all the day so she did not figure out something better than to yell at her son, Nik was also very frustrated. Parents often are not happy about mess in children’s rooms but mess just means energy that drives active kids. One would think that the boy does not deserve his wish to be fulfilled but it is worth to be mentioned that Nik did not have time to clean up not because of his laziness. The walls of his room were decorated with his pictures, he had been drawing the picture till night before, he put his great efforts into it, wanted it to be a perfect one. Nik wanted the picture to be most realistic, he deeply sank into this process and left a part of himself to this world. Of course, Marie decided that the boy deserved his wish to become real and Maries’ wand ignited with bright shine. She made up her mind to wait for Nik when he got home after classes. 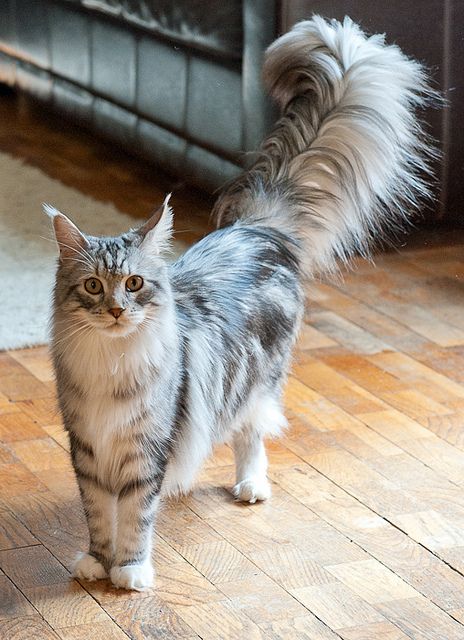 Suddenly a tiny violet-hairy fairy heard someone’s voice back.
“Hello!” said someone quietly. Fairy turned around and saw a cat.
“Hello! Can you see me??” wondered the fairy.
“Of course, I can. All cats can see fairies. My name is Bradley. And yours?” 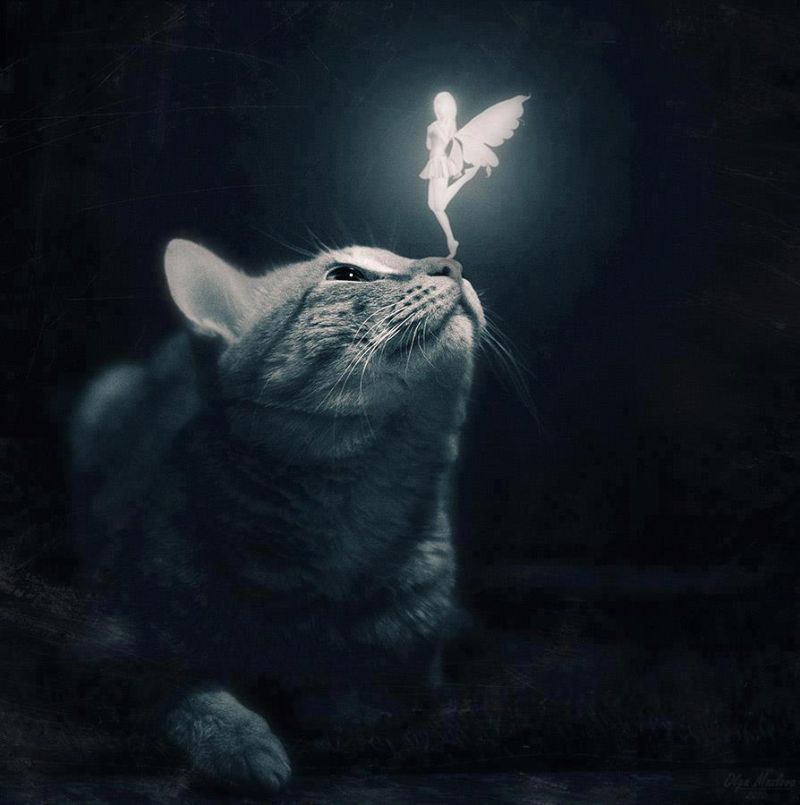 “I’m Marie the fairy. And you are the first cat that ever talked to me.”
“Most cats are interested in sausages. They do not care about fairies or their wings.”
“And are you not the same?”
“I’m the same. But the other cats can go out and communicate there and I’m not allowed to go outside. Though once I did manage to sneak out and was amazed by spring beauty. But then I was scared by a black cat, a dog barked at me and since then I have not been out so far. But I did a lot of daydreaming about the world behind the window. How can I let you go without talking? You can grant my wish and tell me about the world that is so far from me,“ said cat in such a calm and narrative manner.
“But I hardly have time to speak,” answered the fairy and was a little confused. The cat seemed so sincere to her and she wanted to help him. Marie knew that it was not her responsibility. “If I start telling you about the world, then I won’t have enough time to grant wishes for good children.”
Cat sighed sadly. As it seemed that his dearest dream, that he was so close to, burst like a bubble.
“Why don’t you learn the world by yourself? You just have to go out.” Suddenly Marie came up with an idea.
“Can you do it? Can you send me out using your magic wand? At least for a couple minutes?” said the cat slightly embarrassed.
“I can do it if you do a good thing.”
The cat started to wave his tail and thinking about a good thing he could do but nothing came into his mind.
“I do not want to waste your time. I do not know what a good thing I can do in this flat.”
“ Are you sure? Or are you afraid of meeting a black cat outside again?” asked fairy carefully.
Bradley jumped onto the window and peered his look at somewhere ahead. Indeed he felt inner panic having remembered the dog and a black cat, it stopped him. But from the other side Bradley saw beautiful trees, leaves dancing around, wet pavement and ants. He was remembering smells of the street, flowers’ scent, sweet smell of pies being baked by neighbors. And his curiosity was much bigger than his fear. Will he always be hiding in the flat? Will the story about fairy be just a story for Bradley and he won’t do anything to turn it into reality? Then the cat left all his doubts and started to think. And the idea did not take long! To do a good thing is so easy! Bradley dashed under the bed and started to take something out from there. It was obvious that it was hard for him to pull but in a few minutes he climbed out under the bed holding a ball. Then he went there again and got a toy car.
“Nik couldn’t find these toys for over a month. The ball has rolled behind the leg of a bed as well as the toy car. I hope Nik will be happy now as he can play football with his dad now or play with his favorite toy.”
The fairy looked at her wand and its shine became brighter, it was enough to open the door of the balcony for a couple of minutes and let Bradley out. Marie waved and the door slowly opened. The cat came into the balcony and quickly climbed down in the yard. Two minutes were enough for him to deeply breathe fresh, autumn air, look at the beauty of the sky, smelled flowers and touched grass with his tiny paws. He had to come back quickly.
“Will we meet again, Marie?” asked happy Bradley.
“Of course,” said Marie and closed balcony door behind her. A lot of children were awaiting her whose dreams were going to be fulfilled. “I’ll be back tomorrow to grant Nik’s wish,” cried Marie. She was excited to meet a speaking cat who was alike the other cats at first sight but meant so much to her now as he saw her and started to speak.

Fairy tales and Elves stories are the best opportunity to let your child meet a magic world and give your kid positive emotions before bedtime. 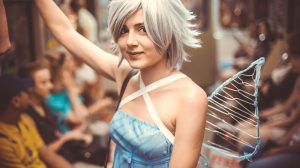 Cat Story: How Bradley Kuper Flew to Africa on a Cloud 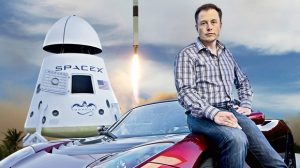 The Story about Electricity: Who is Elon Musk and why Bradley Liked him so much